From London 2038
Jump to: navigation, search

What is the mini-game?

In Hellgate:London, the mini-game is a small "meta" game that you can play (fully optional) while you're doing your regular questing/grinding. Your goal is to complete a number of specific objectives, in order to get a reward. These objectives are part of normal gameplay - so even if you don't know anything about the mini-game, it's well possible to actually achieve them "by accident".

The mini-game's objectives are represented by three icons on the lower right of your HUD, next to your "right handed" skill slot and the mana orb. As you complete the objectives, they will change from showing a counter / translucent icons to colored / opaque versions.

What happens when I complete the mini-game?

Once you complete all three objectives, a short jingle plays and some loot drops at your character's position (comparable to killing a rare mob). After that, the mini-game will reset and present you with new objectives. 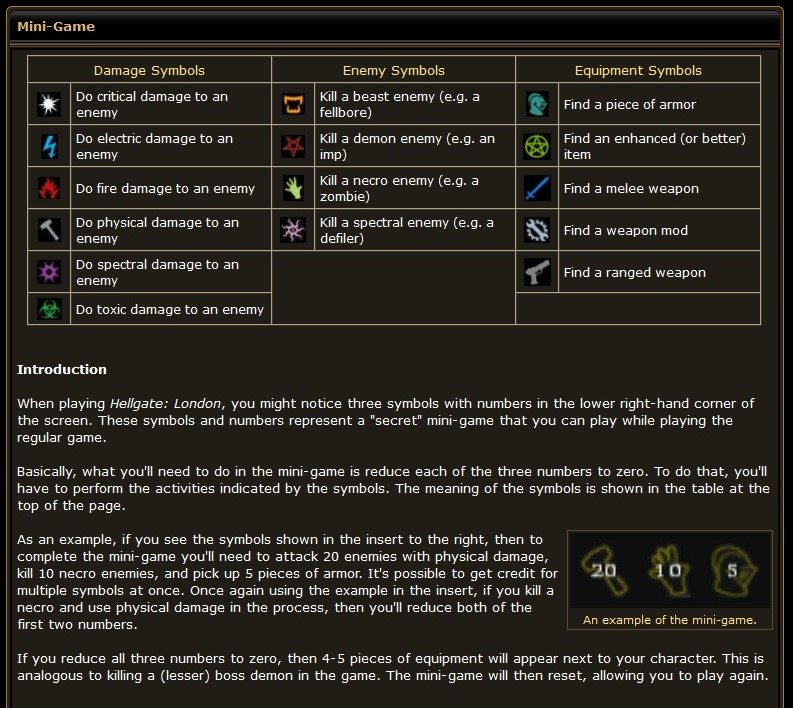 Credit to NiteHawk for creating the original article.